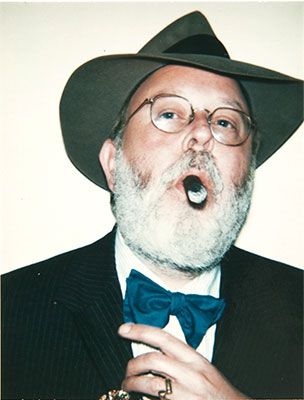 HENRY GELDHALZER was appointed as DCLA Commissioner in 1977 by Mayor Edward L. Koch. A former curator of American Art at the Metropolitan Museum of Art, Geldhalzer was celebrated by all those in the cultural sector for his uncompromising taste, bold personality, and fierce confidence. Famously quipping that being the Commissioner of Cultural Affairs in New York City was like being “Mayor of Wheat in Kansas,” Geldhalzer’s enthusiasm for his position and for the Agency was infectious. He met with each employee in a series of one-on-one conversations that began with the simple prompt: “So, what do you want to do?”

When it was Fremont’s turn, she explained she wanted to expand the success she experienced at the Arsenal to the cultural community. Geldhalzer loved the idea and the Materials Donation Program was born.