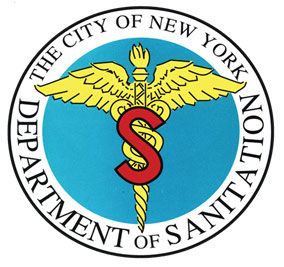 GLASS COMBINED her knowledge of the inner workings of City government with her newfound perspective on the program by finding an enthusiastic champion of reuse, the Commissioner of New York City’s Department of Sanitation (DSNY) Brendan Sexton.

Sexton immediately recognized MFTA’s value. He was in the midst of compiling DSNY’s Preliminary Recycling Plan, which would be the first major recycling program that New York City had undertaken. Incorporating reuse into DSNY’s plan was “an instant winner,” said Sexton, noting that reuse comes before recycling in the ubiquitous triple RRR mantra. According to Sexton, MFTA was DSNY’s chance to really engage the general public in waste reduction, since it offered such a “wacky and wonderful” solution that appealed to the artistic community.

Thanks to Sexton, MFTA received $100,000 to support and grow the program. By partnering with Sanitation, MFTA gained additional credibility and strength, and was now able to better communicate its mission.